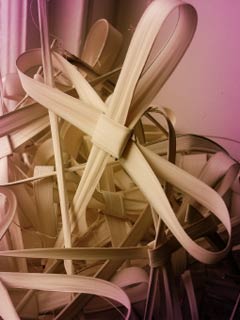 Lent, ancient Lent, still finds a supplicating multitude awaiting its arrival. With foreheads crossed in ash, the faithful forge into this season of struggle and hope. This century is in its childhood and lacking character. How will this age come to define those things that apply to the human condition – like Lent? My thoughts are drawn to a work by a professor at Cornell University named Brian Wansink. His book is titled Mindless Eating. Although his focus is on obesity and one's treatment of food, he makes an interesting claim for this age. He states that the nineteenth century is considered to have been the Century of Hygiene, the twentieth century is said to have been the Century of Medicine, and that the twenty-first century will be known as the Century of Behavior Change.

If, indeed, the distinctiveness of the twenty-first century is to be founded on the call to modify one's behavior, the motivation and purpose for this change is of utmost importance. There is a saying, "Change is good." I find that assertion to be too vague. I prefer the sentiment of a Sioux Elder who, reflecting on the affects of the "white man's" presence on his people's way of life as the nineteenth century was approaching its end, said " whether it will be for good or for bad, what is certain is that there will be change." When it applies to the mores of a people, changes may be beneficial or destructive. The transformations of the past fifty years illustrate my point.

Evidence does exist for the accuracy of Professor Wansink's claim. We have seen celebrities being fired and, in certain cases, imprisoned as a result of their poor choices. Major corporate executives have lost their jobs over inappropriate acts. Virtue and propriety may be making a comeback. With all of this revival of facing consequences for actions and of being concerned over the impact of personal decisions on others, can sexual morality be far behind?

Corrective behavior always has been on the menu during Lent. Sprucing up one's conscience by examining one's life and overcoming personal faults characterizes the mood of the Lenten season. This amendment of one's life for the sake of providing better service to God and neighbor is a refutation of a culture that places self at the center of the universe. Any degree of success in this quest requires an openness of mind and heart toward an encounter with the refashioning grace of God. This overture initiates a desire to establish a partnership with God. Once this cooperative effort takes hold, it leads to an alteration of one's worldview. The role of being a true disciple of Christ opens a multitude of opportunities to act in ways that brighten one's own life as one brightens the lives of others. Amazingly, even a slight attitudinal shift often pays significant dividends in spiritual growth. One can achieve an uplifting sense of renewal and can develop new strategies for inner peace.

This brings me back to the point about motivation. Why does one wish to change the status quo? What is the stimulation for preferring another approach toward daily living? I believe that it begins with an internal dissatisfaction about certain aspects of one's outlook on life and the direction in which one is going. Eventually, entertaining the idea of change becomes a demand for change. Action takes on greater importance than inertia and the trek toward reaching a higher plane of existence begins. The desirable goals sought may touch upon the mundane as well as the momentous. The areas chosen for improvement notwithstanding, societies throughout time have acknowledged and admired those who have developed a steadfast adherence to proper behavior.

Thus Best Society is not a fellowship of the wealthy, nor does it seek to exclude those who are not of exalted birth; but it "is" an association of gentle-folk, of which good form in speech, charm of manner, knowledge of the social amenities, and instinctive consideration for the feelings of others, are the credentials by which society the world over recognizes its chosen members.

Reaching for the spiritual heights marks the greatest pursuit of all. Lent becomes a time of being mindful of prayer, sincere in introspection, and relentless in the determination toward making the will of God interactive with one's own. The significance of having the truth taught by Christ being fused to our soul and mind and heart ranks above all other accomplishments. This motivation is one that reflects eternal consequences; this change is one that others will notice and will appreciate most.