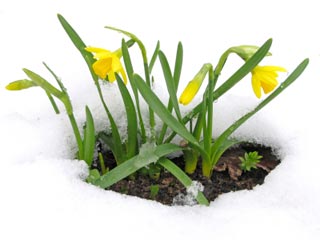 How many of us today really know how to feast on Easter? Sure, we look forward to Easter Sunday every year, but how many people truly understand the incredible blessings that are awaiting us at this special time of year? It is the greatest feast! In fact the celebration is supposed to go on all week long up until and including the very next Sunday. That final Sunday is jam-packed with incredible graces.

More and more people are starting to realize the importance of celebrating the full eight days that begins on Easter Sunday and goes right on through to the following Sunday. Each day of that week is like another Sunday with the days being called: Easter Monday, Easter Tuesday, up until and including Divine Mercy Sunday. Although the Easter season ends on Pentecost, the feast itself last for eight days.

Pope John Paul II understood this very well and established a special feast on that octave Sunday, Divine Mercy Sunday, so that all may receive in great abundance. This is the only Sunday that has a very special plenary indulgence attached to it. The octave (an eight day period and the eighth day itself) has always been a very important tradition to celebrate an important feast and Easter is the very biggest.

Why did Pope John Paul establish such a feast? It just might be to get Easter-only and lapsed Catholics to come back to church. How many Catholics go to church every Sunday? A rough estimate might only be around 25%. How many come to mass on Easter Sunday? It might be around 50%. Just look around you on Easter and you'll see a lot of strangers. How about the other 50% that don't come at all?

Put yourself in their shoes.

Imagine yourself as an Easter-only Catholic sitting in the pews on Easter Sunday. You are feeling pretty uncomfortable. You have a sense that you are in serious sin for a number of reasons, including missing mass on Sundays, but you "figure" that a lot of people are doing it, so it must be all right. You haven't been to Confession in a very long time, but you "think" that it probably isn't very important anymore. Imagine the uneasiness that all the Fallen-away and Lapsed Catholics are feeling.

The feeling of uneasiness is actually coming from the Holy Spirit that is trying to convince you that your soul is in danger of perishing forever. You think that you might just barely sneak into Heaven, by the skin of your teeth, but you're not sure. You wish that someone could relieve your feelings of guilt, but it doesn't happen. You leave the church still feeling guilty and very much afraid of your future.

We should be merciful.

Is it an act of mercy to let these souls walk out of church on Easter Sunday without saying a word to them? What would happen to them if they should perish, before next year, in the state of mortal sin? It is a grave sin to deliberately miss mass on Sundays and Holy Days of Obligation without a good reason. How could we get these people to come back to church every week and to the practice of their faith?

Give them a feast!

What kind of feast, you might be asking? How about a feast that would give them the total forgiveness of sins and punishment? How about a feast purposely on the Sunday following Easter so they have a reason to come back right away? Sounds like a good idea doesn't it? Well, we have to thank Jesus for this feast, because it was His idea. In fact, Jesus gave us all the details about this feast to St. Faustina.

Jesus appeared to St. Faustina and told her that she was going to prepare the world for His Second Coming. He told her to paint an image of Him as He looked when He appeared to her with red and pale rays coming from His heart and then to have it blessed and venerated on the first Sunday after Easter throughout the world. He then told her that He wanted that Sunday to be established as the Feast of Mercy.

Pope John Paul II established that Feast of Mercy during the Jubilee Year 2000, saying that he had fulfilled the will of Christ. He then issued the special plenary indulgence right after the scandal broke out in 2002. So we can see the action of God to counteract sin. What is pretty amazing too is that the Pope died right on the vigil of that new feast. If that wasn't a sign from God, I don't know what is!

Jesus made a special promise saying that the soul that will go to Confession and receive Holy Communion on that feast would obtain the "complete" forgiveness of sins and punishment. Doesn't that sound like a great enticement to get people to come back to church on that Sunday following Easter? In simple terms, you could say that the Church backed up that promise with the plenary indulgence.

Years ago the importance of celebrating the Octave of Easter had lost its meaning. In fact the Sunday after Easter had been nicknamed "Low Sunday". This was just the opposite of what the octave actually is. In fact three of the greatest doctors of the Church: St. Gregory, St. Thomas, and St. Augustine all point to the octave as being the greatest day of the festival without taking anything away from the feast itself. Even St. Thomas the Apostle called for a special feast on the Easter Octave.

Now with the proper emphasis on celebrating the octave, we have so much more to look forward to. Now we can offer those Easter-only, Fallen-away, and Lapsed Catholics a great incentive and something to look forward to each year. It is very similar to the Old Testament Day of Atonement (Yom Kippur) which was the last day of an annual celebration that obtained for God's people the yearly forgiveness of all sins. God told Moses that it was to be for them "the Sabbath of Sabbaths". Divine Mercy Sunday (Octave of Easter) is our modern day Sunday of Sundays.

In the same way, the last and final day of our greatest feast, can yield for us the total forgiveness of sins and punishment every year until Jesus comes in Glory. We are to always expect Jesus' return. We can't let anyone perish knowing full well that there is this great feast on the Octave of Easter that can obtain, even for the most terrible of sinners, the total forgiveness of all their sins and punishment.

All they need to do is to go to Confession (usually within 3 weeks, before or after) and receive Holy Communion on Divine Mercy Sunday (the Octave of Easter). It is not only the forgiveness of sins and punishment that they will be receiving on that day, but a "whole ocean of graces" that Jesus promises that will be poured out on souls and He said that the worst sinners will receive in the greatest abundance.

It is fast becoming the greatest evangelization tool. People have been returning to the practice of their faith, in great numbers, and on fire! Some have likened their experience of an outpouring of an ocean of graces to being born-again. Just like in the parable of the Prodigal Son, Fallen-away and Luke-warm Catholics can be made whole again and be fully restored to a Royal Dignity through Jesus Christ.

For more information on the celebration of Easter and Divine Mercy Sunday go to DivineMercySunday.com. They have Church documents, suggestions for homilies (Easter and Divine Mercy Sunday), bulletin inserts, images, and articles for use in newspapers and magazines. Do not let another Easter go by without a proper celebration of the octave. Many souls are waiting to hear the good news!