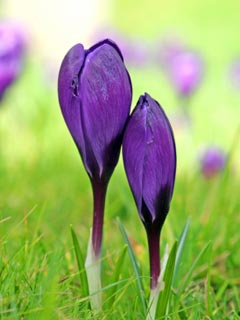 About a week ago, the combined Parish Pastoral and Finance Councils of Saint Michael the Archangel Parish in Greenwich, comprising some 25 people, were in session. The purpose of the meeting was to review a report the Parish Audit Committee (part of the Finance Council) was preparing to mail to parishioners. This report pertained to the very serious financial irregularities suffered by Saint Michael's under the previous pastor. The three highly qualified members of the Parish Audit Committee, together with the Diocesan Chancellor and Chief Financial Officer, had worked untold hours to ensure that this report, based on the work of two public accounting firms, would offer parishioners and school parents a fair and accurate report on this very difficult matter. View the summary of financial investigation of the former pastor.

Toward the end of the meeting, I dropped in to participate in the discussion; a series of previous commitments prevented me from being there from the beginning. Truth to tell, however, I felt a little apprehensive walking into this room of parish leaders. After all, they and their fellow parishioners had been through so much. They had waited a long time for this report, which was delayed by the obfuscation with which the investigation was met. Even though I knew that this group had been regularly briefed on the progress of the investigation, I couldn't help but wonder how the discussion was going as I entered. But it immediately became clear that the discussion was very constructive.

These lay parish leaders had carefully reviewed the Audit Committee's report and had made some very helpful suggestions for strengthening it and for communicating with parishioners as effectively as possible. Clearly they shared a deep sense of disappointment, betrayal, and even outrage, not only over the misuse of parish funds but also over falsified documentation submitted to attempt to justify those expenditures.

Realizing that the Parish Audit Committee and senior leaders of the diocese had spent untold hours of work and anguish over this matter, I shared completely their sense of sadness and indignation. There was also sadness over a well-regarded priest whose ministry became deeply troubled and whose future hangs in the balance. Yet I was also aware that this same group of parish leaders had done yeoman's work in swiftly implementing all "Six Key Elements" of the diocese to strengthen parish finances and in helping Msgr. J. Peter Cullen to launch new pastoral initiatives, including starting a youth group; revitalizing the R.C.I.A. process; hiring an experienced business manager; and so much more. Msgr. Cullen has often spoken to me of the wonderful team of clergy and laity who are assisting him in his responsibilities as the pastor of Saint Michael's.

Although the ordeal suffered by this parish is not over, I immediately sense a desire of these parish leaders to move on. The discussion quickly turned to rebuilding the parish they love so much. One Pastoral Council member in particular spoke eloquently about the need to bring fresh focus and energy to the mission of the parish - to proclaim the Word of God, to engage in the Sacraments and prayer, and to serve those in need. Yet another parish leader observed that the core of the parish community remained closely knit, even during the trauma of the past year. Still another leader reminded us that Greenwich Catholic School continues to grow stronger and asked that the soundness of its management should be noted.

Sitting there that night, I realized I was witnessing a resurrection of Saint Michael the Archangel Parish. Parish leaders, led by their dedicated pastor, understand clearly that God has given them an abundance of gifts and resources with which to completely revitalize the parish. If the past year had been experienced as a time of deep loss, the leaders - with eyes wide open – could see a future full of hope as they reaffirm their unity in the Lord and their willingness to reach out to those whose faith and commitment to the Lord's Church had been damaged.

Now the days of Holy Week and Easter are upon us. These are days that commemorate solemnly the death and resurrection of Christ. But they are also days in which the Church's liturgy powerfully brings the event of Christ's death and resurrection to the fore, into our 21st century lives. After all, we who are baptized are called to participate in and replicate the death and resurrection of Christ in our lives – both individually and as members of the Body of Christ. As individuals we are called to undergo death to sin and rise to the new life of grace. As a community of faith we are also called squarely to face whatever divides or weakens us. Facing such things feels a great deal like a sort of death because it is an unexpected and painful sharing in the Cross. And because we are immersed in Christ through the Church's Sacraments, we can experience a deeper sharing in the new life Christ won for us.

Please do not misunderstand. We are doing our level best to ensure that no parish will be put through a similar ordeal and to help parishioners be very confident that their largesse is well used for the mission of the Church. Yet we continually confront human weakness and sinfulness in our lives and in the lives of others. Dioceses, parishes, families, and individuals will continually undergo a process of dying and rising until the Lord comes in glory. The leaders at Saint Michael's point out that the death and resurrection of Christ is not merely a matter of history and still less an abstraction. Rather, Christ lives among us and, through his Holy Spirit, continually renews His People. This is at the heart of the Church's resilience, and this is the sort of sturdy faith we must have as followers of Christ and members of the Church.

May each of us experience renewed joy and confidence as we enter upon this Holy Week and Easter. May the Risen Lord bless you always!