Editorial – What You See Is What You Get 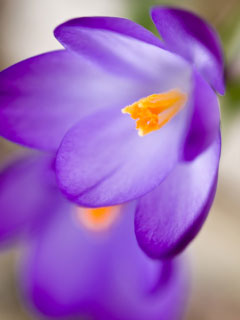 He told me it would be a bad joke and it was. "Are you here to be arrested?" he asked. I could only shake my head and produce a weak smile. I was at the police station in my capacity as police department chaplain. There had been a fatal accident and I was to accompany an officer to the victim's home and assist in bringing the tragic news to the unknowing and unsuspecting loved ones of the deceased. It was to be a long and difficult night. The man standing next to me at the window in the police station could not have known that, but the joke was hurtful nonetheless. The pain was exacerbated by the knowledge that it was the priest sex abuse scandals that engendered it

In an article appearing in a recent issue of Columbia magazine, Robert Moynihan stated, "Renewing the Church in America also means restoring the purity of the clergy, of the shepherds who watch over the flock." Upon greeting the morning's light, every priest and religious throughout the world must put on Christ as their basic apparel, the essential preparation to entering into the activities of the day ahead. Incredibly, the level of importance given to this requirement might be affected by the all too pedestrian demands flooding into one's consciousness at sleep's end. Yet, the neglect of recognizing the internal expectation and desire of being a person for Christ only can have a disastrous effect on one's ministry.

As with the disciples on the road to Emmaus, having Christ as a companion along the way infuses the powerful reality of who and what a person can be for the world. Amazement and delight abound in the mind and heart of one who truly strives to live a Christ-like life. Whether bearing a weighty cross or reveling in life's joys, offering the world an authentic Christian bestows wondrous benefits on the individual and on all others touched by that person's presence. One could say that the multitudinous sins of which human nature is liable makes this Christ-like existence too daunting a task. I think not. As with any other transformation that an individual deems to be important, personal – and prayerful – persistence slowly effects change.

The faithful have every right to expect this "purity" from their spiritual leaders. If the Catholic Church is to regain its moral authority, its authorities must be moral. In the face of the scandals, the vast majority of the faithful have shown outstanding fortitude and unwavering devotion to the Truth of the Church. This steadfastness by the laity is a tribute to the irrefutable goodness and holiness commonly found in their bishops, priests, deacons, and religious. Although clergy and religious share in the totality of the human condition, they owe God, themselves, and those they serve the best that they can be.

One must not dismiss the fact that through Baptism all Catholics are called to this excellence in spiritual integrity. Carl Anderson, the Supreme Knight of the Knights of Columbus, affirms this mission of discipleship in his book A Civilization of Love. Reflecting on the struggles of Saint Paul in preaching to a pagan culture, the author, noting the similarities to today's society, emphasizes the same work. "Even so, the responsibility of Christians in our own time remains as it was in Paul's – to radically transform culture, not by imposing values from above, but through a subtler yet more powerful process – living a vocation of love in the day-to-day reality of our lives."

The era, notwithstanding, anyone encountering a manifestly Catholic man or woman ought to be able to say, "What you see is what you get."