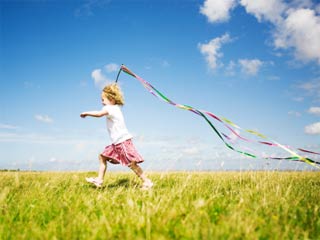 Predictability is nearly absolute with inanimate objects and reasonably accurate regarding the weather, but with human beings it is a highly speculative investment. A few decades ago the plight of American society was predicted to place civilization itself in peril. The seemingly irrepressible rise in crime, substance abuse, welfare, divorce, and other indicators of societal decay made one want to hide under the covers. Then, in the midst of all of the gloom, shafts of sunlight broke through. Since those dire predictions of years ago, there has been a decline in crime rates, substance abuse, the number on the welfare rolls, and there are fewer abortions. In regard to the lessening of abortions, an interesting fact is that it is young adults that are expressing the great opposition to abortion. An article by Peter Wehner and Yuval Levin, Crimes, Drugs, Welfare – and Other Good News, states, "All in all, not only has the public discussion of abortion been profoundly transformed, but younger Americans seem to have moved the farthest." The dark news, however, is in the area of family life: the number of couples living together sans marriage has grown; births out of wedlock are increasing.

There is an enigma facing those who wish to predict what trends in society are on the horizon and how trends come and go remains. In accepting this condition, one is left frustrated but also hopeful. If the way things are depress you, persist in your struggle and eventually forces may turn in your favor. Is it simply that the old saw about the swinging pendulum is correct? If the values held by the Establishment are immoral, will the natural direction of rebellious youth then be toward morality? Whatever the reason for change, it is mystifying.

The Christian mandate is for the believer to go and spread the gospel to the ends of the earth. What buttons need to be pushed to make someone a disciple? How are the masses to be convinced that the Truth of Christ is the answer to the search for the purpose of life and death and everything in between? In addition to the time honored moral issues, challenges arise regarding moral rectitude in the areas of bio-ethics, climate change, new technologies, energy needs, natural resources, immigration, security, weapons of mass destruction, and so on and so on. In a recent article in The American Scholar, Gorman Beauchamp cites the historian Lord Acton, "neither paganism nor Christianity ever produced a profound political historian whose mind was not turned to gloom by the contemplation of the affairs of men."

I cannot construe the answer to either predicting or affecting the future character of human interrelations. We, however, must continue to proclaim the faith in living it as authentically as we can. The quirks and foibles of that complex being we call human may make the causes of his or her spiritual and moral advance or decline an enigma. Yet, change does occur. In the midst of whatever changes may come round, the gospel must be revealed persistently and clearly to this world. Apply the uniqueness of your personality and gifts to the daily work of living as God's ambassador. Take to heart the dictum of Saint Francis of Assisi that we must preach all of the time and, if necessary, use words. The public square needs an alternative to the erasure of God's influence on human living. Pope Benedict XVI spoke to the faithful of the need for courage in living the Christian life. In Christ, courage is based on the assurance of Christ's ever-present love, mercy, and guidance. Live in and for the Lord and victory is certain. I predict it.