Editorial – A Kernel of Truth 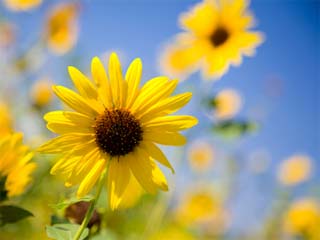 Whenever I hear of a speaker being booed off the stage, the R.O.T.C. not being allowed to appear on a college campus, a thoroughly biased entity thwarting consideration of a different point of view, I am outraged. The people are denied the assay of the content of a particular position for the possible discovery of that kernel of truth that usually resides on every side of a debate. Even a viewpoint that is severely flawed and highly offensive might contain some points that are valid and worthy of discussion. Exhibiting an attitude of indifference or denial toward that potentiality pushes the solution farther away. The point is that any position of apparent merit needs to be diligently weighed. The best resolution of a conflict will be born of justice and honesty.

What is it in political and religious thought – indeed, all human thought – that places stumbling blocks before the recognition of truth? Discovering the motivation behind a person's adherence to a particular position or membership in a particular group would shed abundant light on the matter. Groups often provide its members with a strong sense of belonging, identity, self-worth, security, and empowerment. Remaining in good standing usually requires unquestioning loyalty to the group's mission and goals. The importance of the cohesiveness among members, however, can supersede the established purposes of the organization. Anecdotally, this fact is evidenced by the testimony of some members of an inner-city street gang warring against their traditional enemies (another local gang) and admitting that they were no longer cognizant of the reason for the dispute.

Issues that are emotionally charged or hold lasting consequences for a society can create an environment that robs the question of its human face, masking it with a coercive ideology. The result is the clash of labels or parties that alienate rather than integrate the efforts of all toward working for a humane and morally sound resolution. Certain issues are grave in their import and resist even a trace of compromise. Yet, if an authentic dialogue can take place among opposing adherents of good will, the realization of that kernel of truth, at the very least, will lead to greater sensitivity, civility, and understanding between the two sides.

Looking at an issue through the lens of the opposition does not mean surrendering a righteous stance for an unsettling compromise. The opposite may be true. One may see even more clearly the correctness of one's own stance. This action of openness, however, should allow a person to see the core of the heartfelt beliefs of others and thus to better understand. Reflect on these words of Senator Sam Brownback (R. - Kansas) from his article Re-Evangelization in Action: "Catholics can make a contribution to the public discourse on a whole host of issues. ...The primary conviction we bring into the public realm concerns the dignity of every human life. I believe that many who are self-described "pro-choice" can appreciate a vision of society where each person is loved and cared for, respected and protected in law. ...Catholics can speak to the importance of marriage for a virtuous society. The best place to raise a child is between a mother and father united in marriage. ...The vision of human dignity also has implications for economic and immigration policy, how we conduct foreign relations, and the special care we should have for the poor. ...The requirement of discipleship is not in public policy or political discourse, but in holiness of life. ...In doing so, we can point upward to a God with a human face, not one who is far away or indifferent."

In supporting truth wherever it is found, all are invited to join in the pursuit of the Great Truth that is God.