Sugar and Spice and All Things Vice 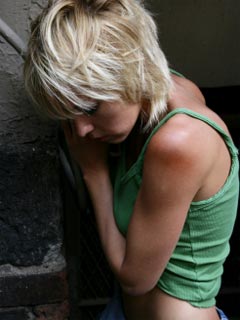 The click of the door handle seems to reverberate off the walls of the hotel room. An attractive young woman enters and seductively approaches the man sitting on the bed. Money is exchanged. Then, the love charade begins. Prostitution has been called, euphemistically, the world's oldest profession. The truth of that is arguable, but what is completely erroneous is calling prostitution a victimless crime. Tell that to the wife and to the three daughters of New York's ex-governor Eliot Spitzer. Tell that to all the families of those individuals involved in such sexual liaisons. Tell that to the heart of the prostitute and the "John." They are all victims.

Extracting evidence of self-victimization by couples engaged in these acts could be found in the description of prostitution as the reduction of a human being to a mere instrument of pleasure. A person is relegated to the status of an "instrument," a tool to be used in satisfying one's urges, a commodity to be bartered at the marketplace. Degrading the human sexual act with all of its unifying power to the solely physical is an insult to God and to the human being. The Catholic stance emphasizes human sexual intimacy as a giving of the total self in the most committed covenant of love— marriage. There is a spiritual, mental, emotional, and physical unity. In other words, there exists an atmosphere where trust, devotion, commitment, joy, and all of the other components of love can flourish. Catholic morality condones neither the exercise of sexual relations devoid of such essential meaning nor the treatment of another person as anything less than a child of God.

Originating in Minnesota, there is an organization known as WHISPER (Women Hurt in Systems of Prostitution Engaged in Revolt). Their research speaks to the reality of the prostitute as victim:

In 1992, in her work Split at the Root: Prostitution and Feminist Discourses on Law Reform, published in the Yale Journal of Law and Feminism, Margaret A. Baldwin stated, "We usually don't see prostitution as domestic violence because it is just too painful: ..."the carnage; the scale of it, the dailiness of it, the seeming inevitability of it; the torture, the rapes, the murders, the beatings, the despair, the hollowing out of the personality, the near extinguishment of hope commonly suffered by women in prostitution."

On the flip side, there is another organization known as COYOTE (Call Off Your Old Tired Ethics). They consider prostitution as a basic right. They seek to provide legal support to all in the business. Just as one might deny the potentially destructive results of following unhealthful habits, so too one might refuse to admit the extent of victimization inherent in acts of sexual abuse.

Prostitution is another symptom of a culture in need of renewal. One might be entertaining the thought that it's all about money. Absolutely! A high priced call girl might see this occupation as a way to prosper and to enjoy the good life. Both she and the men involved have blinded themselves to the death of their dignity and their souls. The tragedy is that humankind has and probably always will pursue the various distortions of life open to them. But there will be lights shining in the darkness. There will be those who will offer a better way. Through love and compassion, help can reach those who reach for it.

As Jesus taught, the attainment of all of the power, wealth, and pleasure of the world is meaningless if the price to be paid is one's soul. By this lesson, Our Lord made a profound statement concerning the immeasurable value of each human being. The commitment to the Source of our worth and to the healing that faith can provide will increase the number of those who are "Sugar and spice and all things nice."