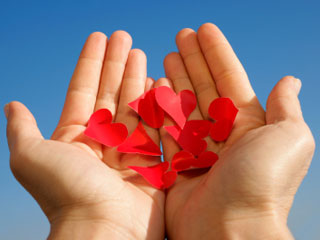 The goal of institutional religion is to afford its practitioners a spiritual experience. But have you ever noticed how often it does just the opposite; it prevents them from having a spiritual experience. Instead of teaching its adherents how to live in peace and harmony, which is what religion is supposed to do and which is what Christ did, religious leaders will often concentrate on marginal issues. For example: Why can't women be ordained? Are Protestant religions genuine religions? Concentrating on these distracting questions encourages turmoil among the faithful rather than peace and tranquility. One of the saddest results of this kind of conflict is that we are distracted from what is truly important in any major religious body of teaching. We have a prime example of this kind of thinking here in the United States. Some members of the Christian Right believe that their faith is being attacked by liberals and that they thus have a sacred duty to attack their liberal opponents. We all are witnesses to the fact that when people feel that their backs are to the wall, they tend to lash out aggressively producing hatred that today causes so much turmoil around the world. In the world of religion this, we must acknowledge, represents a major defeat for religion.

Every one of the great faiths of the world, including Confucianism, Hinduism, Buddhism, Judaism, Islam, and Christianity, all agree that this is a deplorable condition and is totally contrary to the purpose of any particular religion. But, sadly enough, why do some religious leaders declare war in the name of God and even use God as a stamp of approval on their own opinions? It has been done in the past and is still happening today.

Every founder, the sages and prophets of ancient times, taught his followers about the sacredness of every living being, the sacredness, indeed, of life itself. This sacredness, of course, demands that compassion be part of our approach to life. When we speak about compassion, we are speaking about the virtue that stands at the very center of Christ's teaching as well.

Compassion is not something weak and ineffectual like feeling sorry for someone. No, it does not mean that at all. Compassion literally means feeling the same feelings someone else feels in an almost visceral way, not just intellectually, but also in one's body, in the inmost self. Compassion describes the act of feeling the pain and suffering of someone else and, going a step further, being moved to do something about it, to alleviate it.

When, at about 500 BCE, Confucius pronounced his Golden Rule, "Do unto others as you would have them do unto you," he probably had compassion in mind. Compassion will enable you to enter another person's point of view, to realize they have the same fears, and doubts, and questions as you do.

Would it come as a surprise to learn that Jesus taught something akin to the Golden Rule; only his teaching went a step further. Jesus told his followers to love their enemies and if their enemies harmed them, not to retaliate. If someone struck them on the face they were to turn the other cheek. And those who would enter the Kingdom would do so not because they kept an orthodox theology so much as because they fed the hungry, gave drink to the thirsty, and visited the sick and those in prison. Doesn't Paul echo Christ when he says we might have faith that would move a mountain, but if we lacked charity it was worth nothing.

Every major faith teaches that compassion is of primary importance in its plan of salvation. Why such unanimous agreement? Because every founder realized that greed and selfishness were the cause of much human unhappiness, were, indeed, the causes of human misery. Compassion militates against greed and selfishness because it draws a person out of the egotism that may hold him captive, offering him the opportunity to become a better person.

Jesus himself not only taught compassion, but lived it. There is a feeling of compassion shining out from almost every page of the gospels, even though the word may not always be used. Over and over again we find Jesus saying, "Don't worry," "Don't be afraid." He was constantly attuned to people's feelings. When walking in the temple area one day, Jesus was not awed by the grandeur and beauty of the temple as most people were, but rather was touched by the poor widow who put her last coin in the temple treasury.

Compassion is a major theme of many of Jesus' parables. Why was the good Samaritan so different from the other men who had passed by the man left half dead on the roadside? He was compassionate. And again, what distinguished the attitude of the loving father toward the prodigal son? Compassion. And what made Jesus himself different from the other religious leaders of his time when it came to the poor and oppressed? Compassion. Indeed, when it came to the poor and oppressed, Jesus' compassion was unrestrained.

Compassion for Jesus was more than an individual virtue. It was a paradigm model for life in a community. For Jesus, compassion entered into the shaping of any human community, especially that of the Christian community. Compassion, Jesus tells us, is to feel as God feels, to act as God acts. And to act as God acts, is to act in a life giving and nourishing way. Compassion becomes the foundation for sharing our lives with others and building a more human world. It is a way of relating to others, a way of transforming ourselves and others.

God calls us to express compassion for others, to find human suffering and to be moved to care about the person who suffers. This type of Christian caring does not allow us the luxury of choosing whom we will care about; it extends itself to every human, whether friend or foe. Compassion is a witness to the reality of God's love for us, a love that sent God's beloved Son to live and die among us. Jesus is the divine sign of God's compassion for our world, a compassion that God wants us to express toward one another. It is to be lived out by each of us, always and in whatever circumstances we may find ourselves. Because compassion is a very real participation in the suffering of another, and because we have been commanded to be compassionate by Christ himself, Christianity can indeed be a difficult path to follow. Mother Theresa was once asked how she could just keep on caring for the poor in Calcutta when there were so many of them. Her answer: "All I do or can do, all any of us can do, is the best we can, for the most we can, as long as we can."

Compassion, then, means that we allow ourselves to be touched by the very real pain of others, the very real pain of life; that we allow ourselves to feel the pain and sorrow of every one of our brothers and sisters. We know, don't we, that we don't have to go far to do this; we always have plenty of opportunities right here and now to be compassionate to one another. Compassion is knowing that there can never be any peace and joy for me, until there is peace and joy for you too.