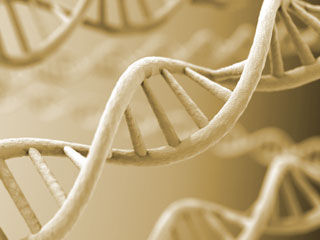 In 1992, Barry C. Scheck and Peter J. Newfield founded The Innocence Project. More than two hundred falsely accused prisoners have been freed due to the application of DNA technology. DNA (deoxyribonucleic acid) is the hereditary substance existing in nearly every organism on the planet and in every human being. Only one percent of the DNA found in an individual human being is different from other humans; that one percent has proven the guilt or innocence of suspects in a criminal investigation. DNA consists of chemicals that pair up into what are called base pairs. These structures contain the hereditary blueprint of the individual person.

Do you suppose that the soul itself has DNA? The basic pairs would include all the elements that make one an individual, a person, and a true self. The DNA would exhibit the plan of an independent consciousness – a soul. The human soul is meant to become more pronounced as it pursues another kind of human wholeness which is holiness. Now the soul encounters the introduction of a new pairing: separation through the awesomeness of religious experience and sanction as in being marked by the seal of God. These two elements encompass the New Testament idea of holiness. Saint Thomas Aquinas refers to holiness as the virtue by which the mind applies itself and all its acts to God. The description of holiness is open to many words and images. Holiness certainly affirms the active presence of the very highest qualities of human nature.

A commitment to holiness is also a commitment to coping with the often confusing and convoluted workings of human freedom. The arena of human relationships may pit good against evil, integrity against treachery, concern against contempt, and principal against expediency in sometimes strange and bewildering contests. Political, economic, and social factors run amuck can create almost laughable displays of human action. In his book Untapped, John Ghazvinian illustrates such a scenario in referring to the civil war in Angola, "In Angola's absurdist version of the Cold War, Cuban soldiers laid mines to protect Gulf Oil's operations... In other words, for years in Cabinda, a revolutionary Marxist government depended on money from an American oil corporation whose operations were defended by Cuban soldiers against attacks by an American-backed rebel army." Is it of any wonder that the enigma of human motives inspired the French diplomat and philosopher Joseph de Maistre to comment, "Man, in general, if reduced to himself, is too wicked to be free."?

But we are free. People of faith believe that they are capable of using their freedom in the service of God. That is to say, the believer has determined to make an inner choice in favor of the holy. The choice for holiness adds the power of the Holy Spirit to that of the human person in the double helix of the DNA of the soul.

The strength and the struggle of this decision to make the influence of God paramount in daily living is manifest in the lives of the saints. One may wonder in what manner these men and women sensed (not the yet unknown existence and function of DNA) the formative presence of God in their souls leading them to holiness.

In the 17th Century, one thousand slaves a day landed in Cartagena. They would have one friend. The Jesuit priest Father Peter Claver would labor among the African slaves for forty-four years. He addressed their physical and spiritual needs with indefatigable compassion and love. His holiness and love was so strong that he would administer to those in slave dwellings where the conditions were so deplorable that only he had the ability to enter. It is said that the ministry of this apostle to the slaves reached to over 300,000 of those suffering people.

The early life of Dorothy Day brought her to the development of an irrepressible devotion to peace and to the poor. She became a Catholic in 1928 and searched for a way to bring her passion for her faith and her passion for peace in the world and for the care of the poor into an active presence in the world. Through the influence of a number of holy people, she found the answer – The Catholic Worker movement. She spent the remainder of her long and very productive life growing in holiness and spreading the gospel teaching regarding peace and the poor. "If I have achieved anything in my life," Dorothy Day said, "it is because I have not been embarrassed to talk about God."

The Hawaiian Islands are places of mystical beauty. It was not beauty that drew the Belgian priest Father Damien (Joseph de Veuster) of the Congregation of Sacred Heart of Jesus and Mary to the island of Malokai and it was not beauty that he would find there except in the souls of the lepers he would serve from 1873 until his death from the disease in 1889. In his love for his flock, he truly became one of them.

Holiness grew and blossomed in the lives of Father Peter Claver, Dorothy Day, and Father Damien. The God who created us as unique beings calls us to choose holiness and to let it bear fruit. It's a matter of heart and mind... and soul.