The Path of Simplicity 1

Is renunciation still relevant in this modern world? Is simplicity as a lifestyle still viable today? In the era of globalization and so called "self-actualization", is there any room for a life of renunciation? The recent US financial crisis with its global repercussions moves us to reflect regarding how we live our lives. 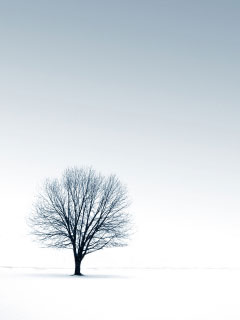 Our world praises the wealthy, the famous and the powerful while the path of poverty with its demand for simplicity of lifestyle and renunciation of worldly goods is seen with suspicion in contemporary society. The world is in a rat race towards the goal of material advancement whether individually or as a nation. The Wall Street is the temple of success with which blessings are measured in the rise and fall of the stocks value. While it is good that we strived to advance towards the improvement of life we have sometimes adopted a method that has caused many to suffer.

In the country where I live there is so much oppressive poverty brought about not by lack of natural resources or indolence but by corruption and greed. A lot of my countrymen and women, specially the children are victims of this oppressive poverty which seems to have no end or resolution. It is cliché to say but it is true that in my country the rich only gets richer while the poor gets poorer year by year. The majority of my people do not mind anymore whether the stock market rises or falls, becoming resigned to the fact that prosperity is only for the few. Whatever little good that results from our economy that comes their way is reduced to trickles that they can barely feel. Many hinged their hope of prosperity in the dream of getting out of this country.

One of the most famous "exports", which my country is known for, is its exportation of manpower to many countries. In almost all parts of the world there is someone from my country in the labor force. Mostly driven by the lure of a greener pasture, many of my fellow citizens chose to go abroad in search of a more hopeful life which they may not find in our country. They are motivated to work away from home so that their families may have a better future. In fact, the dollar remittance which they send home to our country is the life blood of our economy. This has brought a certain degree of comfort and poverty alleviation for those who were fortunate to have family members abroad, but then at a high social and national cost.

Much soul searching and political will is needed to reform my country's political and economic system. However, this reality in my country and that of other so called "third world countries" calls everyone especially those in the "first world countries" for a collective soul searching. The condition of those who are suffering calls for a lifestyle of simplicity and compassion. To what extent have we allowed our greed or that of others, erode our moral principles and affects the lives of others directly or indirectly?

Now is the right time to reflect how we are invited to live a simple life so that others may also live. I learned much about simplicity when I lived for some time with an Aeta tribe. They are the aboriginal people of the Philippines. On occasions, I joined them during their gathering sorties, during these moments I observed that they do not take more than what they needed. There is a care free and joyful manner with which the gathering is done. There is no haste and no pressure to get as much as one can. In fact, it almost achieved a picnic atmosphere. For example, when we reached a pond when there are many small crab holes, they immediately stop and started digging the crabs. There was so much laughing, playing and running around like little children in a play. The crabs we have gathered became our supper, and my host did not forget to share some with our neighbors. When I asked them why not take more of what we need, they replied that they do not want to get more because others will also come to gather. It is not good that these will return to their homes empty-handed because those that went before them have taken everything. And are they not worried about their tomorrow? Their reply is simple. They believed in God who will take care of them just as their ancestors were taken cared of in the past.

The condition of those who are suffering calls for a lifestyle of simplicity and compassion.

Some of us may argue that this is reason why they remain in poverty because of their refusal to adopt a "modern" mentality. Looking back I realized that these indigenous people have much lessons to teach us about simplicity of life. They have a deep concern for those who also need the care and nourishment of the Earth and at the same time a sense of God who is ever loving and providential.

Following the path of poverty entails renunciation which is rooted in the true concern for others. We are invited to resist the whims and frenzy of this increasingly materialistic society.

I spent some time as a missionary volunteer in an orphanage. Suffering is everywhere but it is very sad if we are the one's who unnecessarily caused these. The orphans taught me the lesson of loving of looking beyond myself and focusing on the others, my neighbors. It was indeed a liberating experience. They taught me that the path of poverty and simplicity allows me to be one with those who suffer, to become one with them, to have their sorrows and joys as my own. This is not to enjoy a masochistic indulgence in pain rather it transforms us to become compassionate.

Compassion grows not only by the intellect whereby we are convinced of the sad plight of our fellow human persons, the young and the old alike. It is made to grow and strengthened by the stories we listened to and get connected with. The stories of the children of how they suffered from poverty, opened my heart to new vistas which before only hovers in vague statistics or reports. Living with the abandoned and orphaned children connected me to that part of my being which made me realized that their suffering is my suffering, their sorrow is my sorrow, their tears is my tears. It moved me to work and pray for their welfare so that when in freedom their joy will be my joy, their laughter my laughter. This compassion which grew from the stories and sorrows of our neighbors we bring into ourselves so that it will be the energy with which we strive to alleviate then– sufferings. We are invited to participate, even in the smallest degree, in the work for liberation of those who suffer in whatever forms it may have.

Many justified their lifestyle as something which they deserved because they have worked and strived hard for it. True. But we are also called for compassion and solidarity with those whom greed has made to suffer.

In today's time of the faces of renunciation is simplicity which is rooted in one's heartfelt identification with the poor and compassionate concern with their sufferings that leads to concrete actions in whatever measure one can do. It is a personal choice of a lifestyle that is mindful of one's interconnection with the rest of the suffering humanity and the much wounded Earth abused by her children whose greed has grown insatiable.